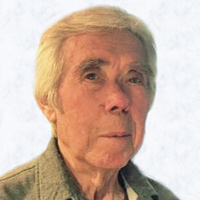 Robert “Bob” Siegel, 74, Bismarck, passed away on Sunday, Aug. 29, 2021, at CHI St. Alexius, Bismarck.  A graveside service will be held 3 p.m. Wednesday, Sept. 8 at the North Dakota Veterans Cemetery, Mandan. Following the service, there will be a time of fellowship and a light lunch for family and friends, served at Hillside Park Indoor Shelter, 1719 E. Boulevard Ave, Bismarck.

Robert James was born on July 30, 1947, to Jacob and Monica (Matz) Siegel.  He was the youngest of 14 children.  He was raised and educated in Mandan and graduated from Mandan High School in 1965.

Bob served his country as a member of the United States Army.  He served in Korea during Viet Nam, before being honorably discharged in 1968 and returned to Bismarck. In 1970, Bob met Georgia and after a short whirlwind courtship, the couple was married on May 23, 1970.

Bob built many houses in Bismarck and took great pride in his work. In the 1980’s when the economy here was tough, Bob commuted back and forth to Denver, Colorado, and Southern California for work.  He eventually moved his family to Murrieta, California, where they lived for one year before returning to Bismarck.

At the age of 14, Bob started tagging along to work with his brother doing drywall and sheetrock work. He enjoyed this and made this is life-long occupation.  He owned and operated Bob’s Drywall and Siegel Enterprises and in 1990 he went to work for his friend Ed, at Dakota Drywall until retiring in September of 2016. Also, while working at Dakota Drywall, he had the opportunity to work with his son Robbie for 26 years.

Golfing, playing horseshoes and bowling were a few activities Bob enjoyed.  He and Georgia took trips to different casinos, especially enjoying their trips to Deadwood together.

To order memorial trees or send flowers to the family in memory of Robert Siegel, please visit our flower store.