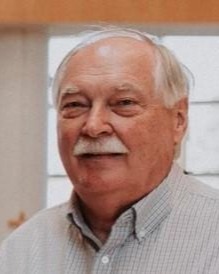 Roger Barth, 75, Bismarck, passed away December 8, 2022. Mass of Christian burial will be held at 10 a.m. Monday, December 19 at Church of Corpus Christi, 1919 N Second St. in Bismarck with a lunch reception to follow at Interstate A&B Pizza.  Visitation will be held one hour prior to the service at the church. Burial will be 2 p.m. at the North Dakota Veterans Cemetery, 1825 46th St, Mandan. A service livestream will be available on the church’s website: https://corpuschristibismarck.com/

Roger was born to Valentine and Barbara (Berger) Barth in Mott. He was raised and educated in Bismarck, graduating from St. Mary’s High School. He was drafted into the Army and served until his honorable discharge from active duty. During his time in the military he was stationed at Fort Eustis, Virginia working as a Military Policeman. He was awarded the National Defense Service Medal and Sharpshooter Badge.  Following his service, he enrolled at the North Dakota State School of Science at Wahpeton and earned an Associates of Applied Science degree in Electrical Technology. He worked 32 years at Northwestern Bell/USWest/Qwest before his retirement.

In 1971, Roger married Deborah Askew. Together they resided in Bismarck and raised three children; Michael, Jeremy and Kathleen. Debby and Roger enjoyed spending time with family and friends at their cabin on Lake Tschida as well as attending many of their grandchildren’s events.  A favorite way to spend time together in retirement was by traveling across the United States in one of their street rods; Debby was sure to find a car show close to a lighthouse so they both could spend time seeing the things they enjoyed.

Roger was one of a kind and knowledgeable at many trades. Many friends and family came to him regularly for advice and assistance on many projects, whether it is automotive repair, IT (computer work) or home repair (including plumbing, electrical or construction). He designed and built the home where he and Debby raised their children.  One of Roger’s passions throughout life was cars. In earlier years, he spent time building stock race cars. He was also a proud owner of a 1932 Chevy and a 1947 Ford Convertible, both street rods that he rebuilt from the ground up. Roger took great pride in finding and rebuilding his Grandfather’s 1938 Ford Truck working alongside his oldest grandson.  He was also in the process of completing his latest street rod, a 1964 Pontiac GTO.  After retirement, Roger could be found early in the morning or late at night in the shop working on cars and other projects.

In lieu of flowers, the family asks that a memorial donation be made to the Cystic Fibrosis Association of North Dakota (107 West Main St, #150, Bismarck, ND 58501 or visit CFAND.org).

To order memorial trees or send flowers to the family in memory of Roger Barth, please visit our flower store.