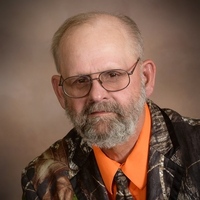 He was born on April 4, 1951 to William Sr. & Magdalena (Keller) Dilger in Bismarck. He attended many schools within ND due to his father’s job as a traveling construction worker. He attended Simile Jr. High & Bismarck High School. He joined the U.S. Navy in 1970 & served for 4 years.

He was employed for a short time constructing irrigation systems in MT & ND. Later he joined Mariner Construction as a machine operator. In October of 1978 he began work at North American Coal Company at the Falkirk Mine in Underwood for over 35 years. At Falkirk, he first worked as a truck driver, then as a dragline operator until his retirement in February of 2013. In his retirement he enjoyed working for Executive Limousine in Mandan. He loved driving for weddings, bar hopping, party buses & Christmas Light tours.

Roger enjoyed being outdoors. Golf was his passion. He also enjoyed hunting, fishing, playing cards & getting together with family & friends. He was known for playing pranks, especially on April Fool’s Day.

There will not be a viewing or visitation because cremation has taken place. The funeral will be on Thursday, February 25 at Bethel Lutheran Church, 615 E. Turnpike Ave., Bismarck, ND at 10:30 am. For those not able to attend, the service will be livestreamed on Bethel’s Facebook page, www.facebook.com/bethelbismarck. The family requests masks are worn & social distancing is observed. There will not be a reception after the service & a private burial is planned for a later date.

Roger will forever be missed by everyone whose lives he touched!

To order memorial trees or send flowers to the family in memory of Roger Dilger, please visit our flower store.