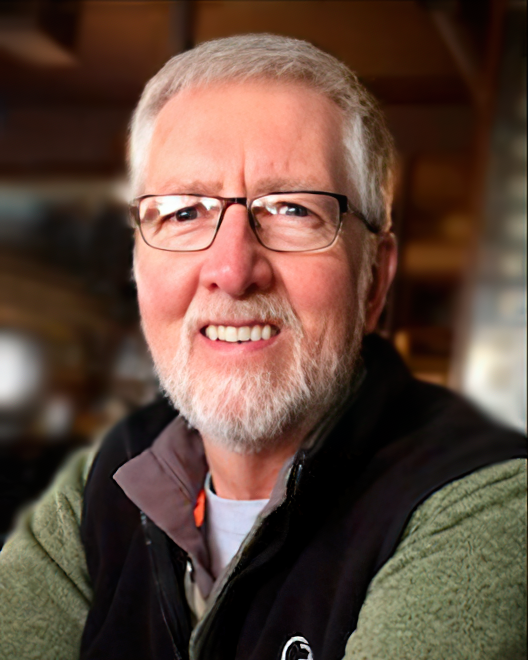 Roger Allen Hollevoet, 68, passed away peacefully surrounded by his family on December 25, 2022.

Roger was born in Grand Forks, ND on June 12th, 1954, to Helmer and Joyce Hollevoet. He graduated from Grand Forks Central High School in 1972 and then attended the University of North Dakota where he graduated with a degree in Wildlife Biology in 1977. He began his career shortly after in Pierre, SD with the Corp of Engineers in 1977.

He met his soulmate, Jackie, while in college and they married February 18, 1978, and soon welcomed Dustin (1981) and Melissa (1983) to the world and began their family. After their brief time in Pierre, SD they moved to Manhattan, KS where he began his career with the U.S. Fish and Wildlife Service. They later moved to Kulm, ND but ultimately ended up in Devils Lake, ND where he worked for over 25 years.

Roger held a leadership role for the U.S. Fish and Wildlife Service for many years. He led with passion, respect and had a sincere appreciation for everyone he worked with. He cared for and talked about many of his colleagues until his final days. He put his heart and soul into his job, the people he worked with and made a positive impact anywhere he could.

Additionally, he was a dedicated fireman for the Devils Lake Fire Department and was active in the ND Wildlife Society, Ducks Unlimited, The Hunter Safety Program and Delta Waterfowl. He received the prestigious North Dakota Award from the Wildlife Society in 1996. This was a very proud moment for him as he was able to receive it in front of his parents, his wife, and his children. Roger received so many other awards, accolades and spoke at a high level throughout his career. But most importantly he loved wildlife and nature and wanted to leave the world a better place.

Many know Roger for his professional success but what made him great was the man he was. He loved his wife, children, and grandchildren unconditionally. He loved Dustin and Melissa so incredibly much. He never missed a hockey practice or figure skating competition. He never missed a chance to give them a hug goodnight and tell them he loved them. Roger loved his wife with every piece of him and hugged her and loved her deeply until his last breath. He treated his grandchildren like they were the most important people on earth. He gave them his time, his love, took them on daily summer hikes and never missed a chance to be with them. Family was everything to him.

The friends he met and people he worked with were no exception when it came to his love for others. His friends from the U.S. Fish and Wildlife Service, the Fire Department, his motorcycle club, and other organizations he was involved in were keys to his life’s happiness. His best friends, new and old, meant the world to him. He sincerely loved you all more than you ever may know.  The man who loved family and friends in such a special, genuine way was the true Roger.

Roger was very strong in his Faith, served Jesus passionately and will guide us all with a protective hand and loving soul. Roger is survived by his wife Jackie; son, Dustin (wife Leslie), their children Carden, Jake and Brek; daughter, Melissa (husband Jacob), their children Laney, Lincoln and Holli; his sister, Diane; his brother, Dennis; and numerous nieces and nephews. He was preceded in death by his father, Helmer; his mother, Joyce; and his sister, Beverly.

To order memorial trees or send flowers to the family in memory of Roger Hollevoet, please visit our flower store.