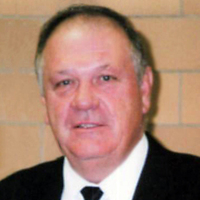 Funeral Services will be held 1 p.m. Thursday, April 29 at Lutheran Church of the Cross, 1004 E. Highland Acres Rd., Bismarck. The service will be livestreamed on the church’s website: https://churchofthecross.org/.

Burial will be held at 11 a.m. Friday at Buffalo Cemetery, Buffalo, ND.

Roger was born on June 9, 1944 in Fargo, the eldest child of Alymer and Elda Pommerer. He grew up and attended school in Tower City, graduating in 1962. He received his undergraduate degree from Valley City State University and graduate degree from Northern Arizona University in Flagstaff, AZ. He joined the North Dakota National Guard in 1971 and served for 13 years in Valley City, Lisbon and Mott.

He married Mavis Mertz on October 26, 1972. They taught together in Hazelton where Roger was the high school math and chemistry teacher. In 1973, they moved to Giessen, Germany where he taught junior high physical science in a Department of Defense school. The following year, they retuned to Enderlin, ND where Roger taught high school math and coached. During his last two years in Enderlin, he was the high school principal. From 1982 to 2003, Roger served as the superintendent in New England, ND. Following retirement, they moved to Bismarck.

Roger was an active member of his community and church, and was often known for being a listener rather than a talker. He was also an avid coin collector and enjoyed playing cards, music, reading historical non-fiction books and hunting. As a proud father of three United States Naval Academy graduates, he especially cherished his trips to the east coast, particularly attending the Army-Navy football games with family and friends. He was especially proud of his college football team VCSU for being inducted into the Hall of Fame in 2008. Later in life, he supported Hunting Dakota with Roosevelt and loved the opportunities to attend music events with friends.

Roger is survived by his wife of 48 years, Mavis Mertz. He was very proud of his children and his grandchildren who brought him tremendous joy: Christopher and Susan Pommerer and grandsons, John Henry and Jacob, all of Alexandria, Va., Joseph and Dania Pommerer and grandchildren, Addison, Jackson and Emmerson, all of Saunderstown, Rhode Island and Jessica Turner and grandchildren, Savannah and Archer, all of Bismarck. Roger is also survived by two sisters, Debra (Lynn) Schneekloth and Sheri (Andy) Wahl; two sisters-in-law, Linda (Charlie) Helmstetler and Diane Pommerer as well as many nieces and nephews.

He was preceded in death by his parents, Alymer and Elda; sister, Linda Pommerer; brother, Larry Pommerer and brother-in-law, Gary Mertz.

Memorials may be sent to Camp of the Cross, as Roger valued education and opportunities for youth. The family requests that those attending the funeral service to please wear masks.

To order memorial trees or send flowers to the family in memory of Roger Allen Pommerer, please visit our flower store.