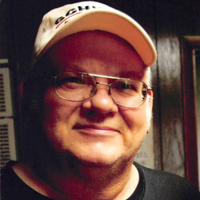 Visitation will be held from 5 to 7 p.m. Thursday at Parkway Funeral Service, 2330 Tyler Pkwy, Bismarck. A prayer service will begin at 7 p.m.

Following the burial, the family invites you to join them for lunch at Tumbleweed Bar & Grill,  62 Santee Rd, Lincoln, ND 58504

Roger was born on Nov. 10, 1953 to Stanley and Leonora (Schell) Thompson in Bismarck. After Roger graduated from Wing High School, he attended BSC in Bismarck for two years. Roger enlisted in the U.S. Army in Nov. 1973, receiving an honorable discharge in Dec. 1976. He was stationed in Germany during the Vietnam Conflict. Upon returning home, he finished his accounting degree at the University of Mary and started working in the N.D. Milk Stabilization Board.

On June 8, 1991, Roger married the love of his life, Dawn Berg. They moved to the family farm in 1992 to farm with Roger’s parents. In 2000, Roger and Dawn moved to Bismarck where he continued to do taxes and consulting work for the Milk Board. Roger was active in Wing American Legion, Post #65 and the Wing-Tuttle Color Guard for many years, proudly marching with the American flag. He led the Wing Community Days parade and participated in the Memorial Program for 45 consecutive years and the Driscoll Fourth of July parade for 35 consecutive years. Roger continued helping the military by volunteering for the Disabled American Veterans for many years, driving veterans to and from medical appointments at the Fargo VA. He also drove for the Harlow’s Bus Service a few years taking great care to get children from home to school and back. When Roger stopped driving, there were many children that greatly missed him. In all the positions Roger held, they were in addition to continuing his accounting business. No matter what health issue popped up, Roger continued to push through honoring the Veterans as he could and continuing to work the field he loved, accounting, with his wife by his side.

Roger also left behind innumerable close friends; with special mention to Roger’s coffee club friends and the employees at By the Batch with whom he spent a considerable time shooting the breeze.

He was preceded in death by his grandparents; his parents; sister, Deborah; niece, Casey; and many aunts, uncles and cousins.

To order memorial trees or send flowers to the family in memory of Roger Ugene Thompson, please visit our flower store.