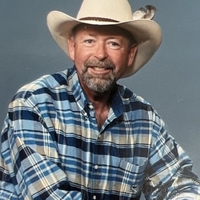 Ronald Benjamin Rivinius, aka "Batman,” 76, Bismarck, departed in grace in his Bismarck home with his family at his side, Friday August 12, 2022.

Visitation will continue one hour prior to the service at the church.

Burial will be at North Dakota Veterans Cemetery with Honor Guard and flag presentation by the VFW.

Ron was born at the Bismarck Hospital on July 15, 1946, the son of Benjamin and Evelyn (Standley) Rivinius. Though he was born and raised in North Dakota, he was always proud of his mother’s Texas roots. Ron graduated from Bismarck High School in 1964. Ron worked for his dad through his early years up through graduation, beginning at around age 12 at Ben’s Electric, his father’s namesake business. After graduating, Ron joined the Army National Guard of North Dakota in 1965. Here he became a rifle sharpshooter and learned the trade of cooking for his fellow servicemen. After basic training, he served as reservist until his honorable discharge in 1971. Throughout these years he worked as an electrician in places like Montana, Washington state and Southern California.

Ron met his future wife, Mary Heisler, back in Bismarck, while he was playing trumpet in a band called The Fabulous Dimensions. Ron and Mary moved to California where they started their family, having their first child there, a daughter. Later they moved back to Bismarck where they had their three sons. At this time, Ron returned to work at Ben’s Electric once again, his mother & father’s business. Eventually, Ron and the family moved to the country, east of Bismarck, where he could live his lifelong dream of having horses. At that time they had two more daughters. In the mid 1980's, after moving back into town, Ron’s first marriage ended, and he got remarried.

For the last 20 years of his life, he was a single man, enjoying his children and grandchildren. Ron enjoyed the simple things in life such as: riding horses, rodeos, fishing, nature, Pow Wows, ranching, traveling, boating, helping Jim Clement on Jim’s ranch south of Mandan, all of which he truly enjoyed doing with the grandchildren.

He was preceded in death by his parents; one son, Michael Rivinius; and one granddaughter, Joy Kephart.

To order memorial trees or send flowers to the family in memory of Ronald Rivinius, please visit our flower store.