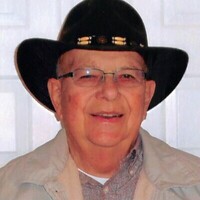 Ronald M. Torgeson passed away on September 28, 2021 from complications of a 2015 vehicle accident.

Ron was born on February 21, 1935 to Rick and Emma Torgeson. He graduated from Crosby High School and UND with a bachelor’s, master’s, and Ph. D in education. He worked in education at Fortuna, Alexander, and Grand Forks and worked for the Department of Public Instruction in Bismarck for 25 years. After retirement, he worked as a consultant, census, and numerous other jobs. Ron was on the Capital Credit Union Board for 26 years.

His hobbies included wood carving and wood turning. He was a member of Good Shepherd Lutheran Church and was a life member of the Elk’s and former Lion’s Club member.

He was preceded in death by his parents, Rick and Emma Torgeson; and his sisters, Lucille and Irene.

To order memorial trees or send flowers to the family in memory of Ronald Torgeson, please visit our flower store.