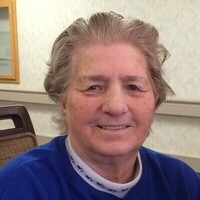 Visitation will be held from 5 to 7 p.m. Friday at Parkway Funeral Service, Bismarck.

Rose was born on October 29, 1941, the daughter of George and Margaret (Glum) Moffit.

She grew up in the Glencoe area, where she attended school in a two-room schoolhouse. Rose also attended Linton High School. She last worked for ISI of Bismarck, where she worked for years until her retirement.

Rose married Maynard Ohlhauser and had two daughters, DeNell and Shawnda, and later divorced. Rose lived in Bismarck where she raised the girls and enjoyed many things together.

Rose loved spending weekends together, playing games, cards and going for walks. The most special time was making Christmas cut-out cookies and decorating them as well as getting together for all holidays.

To order memorial trees or send flowers to the family in memory of Rose Ohlhauser, please visit our flower store.