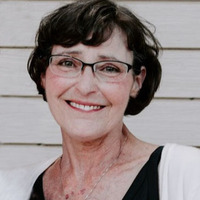 Rosemary “Rosie” L. O’Connor, 65, passed from this mortal realm into the Kingdom of Heaven on Dec. 7, 2020 surrounded by her loved ones and listening to Christmas music. A small memorial service will be held at Parkway Funeral Service in Bismarck. A livestream will be held on the funeral home’s website beginning 10 a.m. Tuesday, Dec. 15 for all those unable to attend.

My mother wanted us to keep this short and sweet, which makes sense, because that’s who she was as well, short and very sweet. Rosie was born to Lawrence and Angeline Bergen on the 1st of November, 1955 in Detroit Lakes, MN. Being the youngest of five kids she was treasured by her parents, sisters, and brothers. In her younger years Rosie attended Holy Rosary Catholic School in Detroit Lakes, but later attended Mount St. Benedict for high school. After graduation she went on to study floral design in order to prepare her for a long and fulfilling career as a florist.

In her time on this Earth she led a life filled with love for all of those around her. She married Timothy O’Connor on October 15, 1989 and they spent 31 years happily married. Rosie and Tim had their first child and only girl Angeline (Angie), who she called her “Angel Baby”, in 1989. Their second child and first son Devin was born in 1991, who was known to her as her “Bunny Boy”. To cap off their Triple Crown of kids they had their third child, a boy named Grady, or as she called him “Itsy Bitsy”, in 1998. She loved her kids and husband with all of her heart, but where she really shined was as a grandmother. She first became a grandma in 2012 when her granddaughter Sloane was born. From there she gained two more grandkids in 2013 as she was introduced to her future Son-in-Law Tyler Pommerville and his two wonderful children Tyson and Riley whom she welcomed into her heart as soon as she met the three of them. In the summer of 2014, she was blessed with her two youngest grandsons, Holden and Dean. She welcomed all who came into her life with open arms, including Jen and Bryan Winterberg, who she loved as family.

Rosie’s passion for floral design showed in her work and if you’ve been to Robert’s Floral anytime in the last 20 years you may have been lucky enough to enjoy her work. She loved her job and those she worked with, designing floral arrangements was her passion and making the customer smile was her goal. Her work with flowers did not end at work though, the only thing that could match her love for her garden was her disdain of the rabbits who looked at it as a salad bar. From the first thaw of spring to the first blizzard of winter she would be outside tending to her garden and repairing the damage those pesky rabbits had done.

Rosie was preceded in death by her parents Lawrence and Angeline Bergen, her sister Ardelle Haynes, her brother Larry Bergen, and her nephews Peter and Terry Haynes.

She is survived by her husband Tim, children Angie, Devin, and Grady, Son-in-Law Tyler, the parents to two of her grandchildren Jen and Bryan Winterberg, her grandchildren Sloane, Tyson, Riley, Holden, and Dean, her dear friend and sister who loved her from day 1 Fran Bogema, her brother with whom she shared so many laughs with Ron Bergen, his wonderful wife Cathy, her beloved sister-in-law Franny Bergen, a multitude of nieces, nephews, cousins, and friends who will miss her so very very much, and last of all one small cat named Islay who she affectionately called her grandkitty.

To order memorial trees or send flowers to the family in memory of Rosemary "Rosie" O'Connor, please visit our flower store.