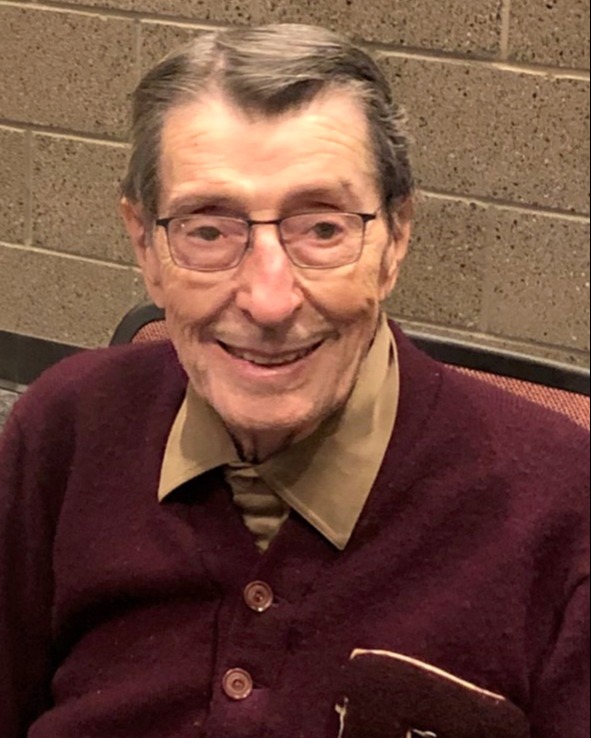 Visitation will be held one half hour prior to the service at Eastgate Funeral Service.

Roy was born on June 11, 1930, in Mott, North Dakota to Victor and Vesta (Abar) Gilbreath.  His family moved to Bismarck where he attended school from the 2nd grade until he graduated from Bismarck High School in 1948.

Roy attended the University of Minnesota for one year before enlisting in the United States Air Force and serving four years during the Korean War.

He continued college at Montana State University and graduated with a degree in agronomy. After graduation, he worked several years for Doane’s Agricultural Services. He later returned to Bismarck, where he worked as a land leasing agent as well as working for the North Dakota State Legislature.  Roy was a legend at the legislature working from 1966 through 1997 except for the 1983 legislative session.

After his return to Bismarck Roy’s love for horses enabled him to meet and have a lifelong friendship with his soulmate, Vonnie Young.  Together they raised and showed Arabian horses.  They had great times and great travels together.

Roy truly loved Bismarck, Mandan, Mott, and North Dakota as a whole.  His generous support has help fund the BHS auditorium and the new Mandan Rodeo Arena. He has funded scholarships at Bismarck High School and Bismarck State College.  Roy’s generosity will be felt by generations to come.

Roy is preceded in death by his parents, Victor and Vesta; his sister, Laura and his soulmate Vonnie.

Roy is survived by his many friends who’s lives he touched in so many ways.

To order memorial trees or send flowers to the family in memory of Roy Gilbreath, please visit our flower store.