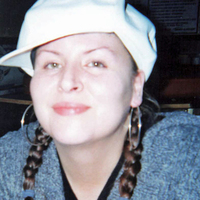 Ruby Ciavarella, 45, died peacefully in her home, Friday, Oct. 1, 2021, surrounded by her loved ones after a five-and-a-half-month battle with pancreatic cancer. Funeral services will be held 2 p.m. Wednesday, Oct. 6 at Parkway Funeral Service, 2330 Tyler Pkwy, Bismarck.

Ruby was born on July 6, 1976, to Denise Bull Bear and Cecil Cross. She was raised in the Bismarck area and graduated high school from Bismarck High School in 1995.

She was introduced to the love of her life, Heeth Ciavarella, in 1999 and on February 22, 2000, they were married in Bismarck and remained together for over 21 years until her death.

Ruby was a very independent woman and was determined to make things work on her own. She went into housekeeping, worked at various hotels around town, and always ended up with the management position because she was such a hard worker and was so good at it. Her dream job, however, was at the North Dakota Boys and Girls Ranch, where she worked with troubled teens. This was the perfect job for her. The young kids had a great deal of respect for Ruby and she for them. When she was diagnosed in mid-April of this year, she unfortunately had to leave her job because she was too sick to work.

Most of all, Ruby loved life and loved spending time with her family. She was a very proud cat mom. She also loved going out with friends and making people laugh. She was an avid beer drinker and some of her favorite foods were tacos, Popeyes chicken and pizza.

Ruby had a beautiful glow about her and was loved by so many people, I don’t think she had any idea how many people she actually touched. She will be so very missed!

To order memorial trees or send flowers to the family in memory of Ruby Ciavarella, please visit our flower store.