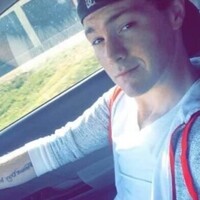 Shane was born on January 28, 1993 to Brad and Lynn Wise in Denver, Colorado. In the following two years, his best friend and sister, Brooke, was born and the family moved to North Dakota.  He attended school in Bismarck and later went on to study at Bismarck State College.

He was a fantastic self-taught cook and he brought that passion to life while working as a sous chef. Shane loved animals and cared deeply for his own, including his dog, Kenai, and two cats, Comet and Mesa. In Shane’s spare time he loved to simply be out in nature or in his favorite car. There was not one thunderstorm or blizzard that he did not absolutely love.

He was preceded in death by his grandfathers, Jim Huston and Harold Wise; grandmother, Shirley Wise; great-grandmother, Tessie Lagge.

Shane had the most beautiful, caring and kind soul and will be deeply missed by everyone that was fortunate enough to know him.

To order memorial trees or send flowers to the family in memory of Shane Wise, please visit our flower store.