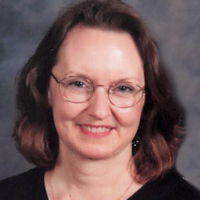 Sharon Ann Roth, 71, Fargo, passed away Jan. 7, 2021.  Prior to living in Fargo, Sharon lived on their farm near Baldwin.  In 2013, they sold the farm and moved to Bismarck. A memorial service will be held 2 p.m. Friday, May 14, at Parkway Funeral Service, 2330 Tyler Pkwy, Bismarck with Rev. Darrel Aleson officiating. Visitation will be held one-hour prior to the service at the funeral home.

Sharon was born April 13, 1949 to John and Mary (Hochhalter) Zelmer.  She was raised on the family farm near Regan.  She graduated salutatorian of her class from Regan High School in 1967.

Sharon married Donavan Roth on November 3, 1967 in McClusky.  They enjoyed 46 years of marriage and had two children. Sharon graduated from the North Dakota State School of Science in 1974 with a Licensed Practical Nursing degree and was employed at St. Alexius Medical Center. In 1976 Sharon joined the Gold Seal Company.  This began her over thirty-year relationship of working side by side with Harold Schafer and his family.  Sharon played an integral part in the Theodore Roosevelt Medora Foundation. In 2006 she decided it was time to retire and enjoy more time with Donavan and her granddaughter, Kayla Rose.

Sharon truly enjoyed the country way of life.  Spending time outdoors, caring for flowers, and peaceful walks.  Sharon and Donavan enjoyed auction sales and the many friends they made over the years.

She looked forward to spending every summer with her granddaughter on the farm.

In 2018 Sharon moved to Fargo with her daughter and son-in-law due to health reasons and to be closer to family.  She enjoyed the extra time with her granddaughter, Kayla Rose. Sharon became fast friends with Axel, the family dog, and they enjoyed each other’s company during the day.

To order memorial trees or send flowers to the family in memory of Sharon Roth, please visit our flower store.