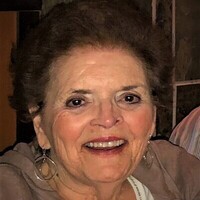 The only child of Robert and Elizabeth (“Betty”) McCarney, Sharon was born at St. Alexius Hospital in Bismarck on March 10,1938. An excellent student, in 1956, she graduated from Bismarck High School as a member of the Honor Society. Sharon went south for college to Columbia, Missouri where, in 1958, she earned her Associates degree at Stephens College. At Stephens, Sharon applied her creative talents as the yearbook and newspaper photographer.

While at Stephens, Sharon met the love of her life, Victor Jerome (“Jerry”) Spaedy, who attended the University of Missouri. Shortly after Sharon’s graduation from Stephens, the two were married on June 21, 1958 at Cathedral of the Holy Spirit in Bismarck. They returned to Columbia for one year while Jerry finished his degree in accounting, and then they moved to St. Louis for three months where Jerry worked for the accounting firm of Peat Marwick Mitchell.

On April 24, 1959, they moved to Bismarck where Jerry began employment as an executive for Sharon’s father, “Mac” McCarney at McCarney Ford. The young couple wasn’t done moving then, however. After welcoming daughters Melanie on July 18, 1959, and Kerry on June 27, 1960, they packed up again on October 1, 1961 to move back to Missouri to the Army base of Ft. Leonard Wood, Missouri when Jerry was activated as a 1st Sergeant for the 164th Engineer Group. He was discharged in August 1962 and they returned to Bismarck, which was their hometown for more than 60 years, although anyone who knew Sharon very well knew that her most beloved spot on earth, after Maui, of course!, was Blue Lake. She cherished her days and nights at their treasured lakehouse and all of the wonderful memories she and Jerry created there with their children, grandchildren, and great-grandchildren..

Sharon’s friendships throughout the Bismarck area were many, some extending back to her childhood. She will be remembered for her generous love, ability to find humor in everyday life, and unwavering loyalty. She also will be remembered for her wholehearted commitment to the hundreds of individuals who went through the weight-loss program that she taught for 17 years. As the instructor of several classes a week, her children grew accustomed to seeing 3 x 5” index cards with their mother’s notes for upcoming classes scattered throughout the house. She applied her voracious love of reading (as a speed reader, she could devour upwards of seven books a week!) to this passionate avocation, and shared as much as she could of the psychology of weight loss from the dozens of books she read on the subject over the years. Her family has no doubt that what she did for so many Bismarck residents was nothing short of life-saving.

Sharon took her dedication to helping others feel better with her 15 years as a certified healing touch practitioner. Anyone who ever received a healing touch session from her will agree that those sessions were given with so much loved and filled with Sharon’s beliefs in God’s healing powers.

Sharon was an active member of the Catholic community of Bismarck, serving for many years as a Eucharistic Minister at Cathedral of the Holy Spirit and a Reader at Corpus Christi. She and Jerry were lifelong members of the Cathedral, and their children attended both Cathedral Grade School and Saint Mary’s Central High School. But she and Jerry were perhaps most proud of their involvement in the Equestrian Order of the Holy Sepulchre of Jerusalem. They treasured dearly a trip they took to Rome with other members of the Order, where they were blessed with the opportunity to meet Pope Francis individually. With Jerry, Sharon also had the honor of being a member of Serra Club, a ministry of prayer that works to promote vocations to the religious life and the priesthood in the Bismarck diocese and beyond.

When Sharon and Jerry renovated the McCarney Ford building several years ago, they made sure to provide free space for Real Presence Radio, a Catholic broadcasting station that is affiliated with the Global Catholic Network EWTN.

Mass of Christian burial will be held 12:30 p.m. Monday, Dec. 13 at Cathedral of the Holy Spirit, 519 Raymond St, Bismarck. A service livestream will be available at this link: https://venue.streamspot.com/event/Mjk2MzA5Mw==

Visitation will be held from 5 to 7 p.m. Sunday at Parkway Funeral Service, 2330 Tyler Pkwy, Bismarck. A rosary/vigil service will begin at 7 p.m.

In lieu of flowers, please feel to make contributions to Serra Club, Cathedral of the Holy Spirit or Light of Christ Catholic Schools.

To order memorial trees or send flowers to the family in memory of Sharon Elizabeth (McCarney) Spaedy, please visit our flower store.