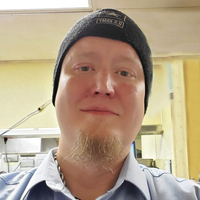 Shaun was born on February 17, 1982 in Bismarck, the son of Juna Schatz. He grew up and attended school in Bismarck. Shaun obtained a degree in culinary arts. He was employed as the Kitchen Manager at Applebee’s. In July 2020 he married Bridgette Woodbury.

He is survived by his wife, Bridgette; two children, Tasha and Achius; mother, Juna Schatz; and his dog, Rex.

Shaun was preceded in death by his grandparents, Clifford and Violet Schatz; and cousin, Jamie Schatz.

To order memorial trees or send flowers to the family in memory of Shaun Schatz, please visit our flower store.