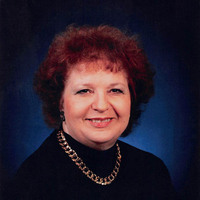 Shirley Mae Leno, 83, Bismarck, passed away Aug. 13, 2021.  A memorial service will be held 2:30 p.m. Wednesday, Aug. 18 at Parkway Funeral Service, 2330 Tyler Parkway, Bismarck. Burial will take place at Sunset Memorial Gardens, Bismarck. A service livestream will be available at the time of the service.

Shirley was born on May 13, 1938, to Emil and Magdalena (Neidhardt) Zoller in Sacramento, California. At the age of nine, they moved to Hebron and shortly after that moved to a farm near Wing. After graduating from Bismarck High School, she returned to the family farm where she taught at a country school for one year. She married Herb Ziegler on December 30, 1956. They were married for 22 years before he passed away in 1979. Together they raised two daughters, Cheryl and Cindy. Shirley married Ernie Leno on September 11, 1982. They were together for 19 years before he passed away in 2002.

She worked for the North Dakota State Library for many years. In retirement, she enjoyed fishing, camping, traveling, dancing and card playing. She and her partner, Ruby, were the 2004 ND State Pinochle Champions. She enjoyed baking wedding and birthday cakes along with kuchen, which she sold locally. She was known in the neighborhood for her popcorn balls during Halloween. She always had bagged chocolate chip cookies in the freezer for her grandchildren and M&M’s for the great-grandchildren. She was known as the “Numnum Grandma.”  Shirley had a passion for quilting and all her kids and grandkids received one of their own.

She was active in her church, the Red Hat Society and served as a board member at Missouri Slope for many years.

She was preceded in death by her beloved husbands, Herb and Ernie; and her parents.

To order memorial trees or send flowers to the family in memory of Shirley Mae Leno, please visit our flower store.