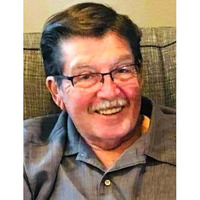 Stephen "Steve" was born December 8, 1948, to Francis (Frank) and Marvel (Bedard) Garrison, in Rolla. He was raised in Hansboro and attended school in Rolla. He married Dianne Roberge in 1973.

After retirement, Stephen spent a lot of time doing his favorite things. Living on Lake Sakakawea (Beulah Bay) meant so much to him and the love of "THE LAKE" carried on to his children and grandchildren. This is where he spent his time fishing, hunting, tinkering in the garage, visiting neighbors and restoring old tractors and a pickup.

Stephen's health eventually moved him to Bismarck. Here he was closer to the care he needed, his children and grandchildren. He was always so proud of the accomplishments and achievements of his children and grandchildren, even if it was the smallest thing. During this time, he still had his lake home, although he was unable to make it there as often as he would have liked. This is where he resided until the time of his passing.

He was preceded in death by his parents, Frank and Marvel Garrison; and Peggy’s daughter, Jennifer Wing.

To order memorial trees or send flowers to the family in memory of Stephen Garrison, please visit our flower store.