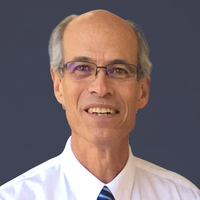 Mass of Christian Burial will be held 9 a.m. Monday, May 16, at Our Lady of the Annunciation Chapel (OLA) at the Benedictine Center for Servant Leadership at the University of Mary, 7500 University Dr, Bismarck.

Visitation will be held at OLA starting at 5 p.m. Sunday, May 15, until the time of the funeral, with a Vigil Prayer Service starting at 7 p.m.

As a life-long Bismarck resident, Steve lived a life of faith in Jesus Christ and service to his family, friends, community, and the Catholic Diocese of Bismarck.  He brought an abundance of energy, positivity, and discipline to his faith and servitude and always focused on treating those he served with dignity and respect­­­­­­—no matter their status or standing.

Steve’s professional career focused on ministry in Catholic parishes in the Bismarck-Mandan area where he served for 41 years.  This service included leading religious education and faith formation programs for youth of all ages, as well as serving in parish administration—helping parishes be good stewards of the human, fiscal, and physical plant resources entrusted to them.  He was always focused on developing groups that form, foster, and develop creative and responsive church ministries in order to grow vibrant and faith-filled communities that were welcoming, inclusive, and alive with love for Christ and neighbor—ideals outlined for parish life by the Second Vatican Council, which was foundational for Steve during his college days at Dickinson State and continued to guide his vision for what The Church should strive to become for the remainder of his life.

Steve and his wife of 45 years, Liz, raised four children: Stephen Jr., Jennifer, Daniel, and Carolyn.  He was an incredible father who led his family by example and instilled in his family the values by which he lived his life.  He was endlessly supportive of his children’s interests, activities, and life decisions.  He could often be found cheering on his kids at motocross races, band concerts, or basketball games.  One of his greatest joys in life was having conversations with his children concerning questions and issues of great importance to them.  His embrace of fatherhood continued to grow and blossom as his children grew older.  This was culminated by his embrace of being a grandfather to his five grandchildren, a role that brought him tremendous joy.

Steve was a life-long learner, bicyclist, and runner.  In his free time, he could often be found reading books on astrophysics or theology, riding his bike on the paths around Bismarck, or running around Tom O’Leary golf course.  He was well known for his singing voice as he served as part of his parish’s music ministry for many years.  During Steve’s retirement years, he grew from being a home do-it-yourselfer to being a fine carpenter.

He will be dearly missed by his wife; four children; five grandchildren; three siblings; large extended family; and cherished friends, as well as many others in the Bismarck-Mandan area whose lives he touched.

To order memorial trees or send flowers to the family in memory of Steve Braus, please visit our flower store.