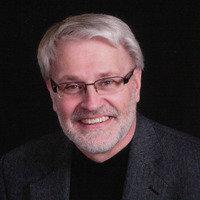 At a very young age the family moved to Bismarck, where Steve spent the majority of his childhood. With the passing of his mother and his father’s remarriage to Amy Wonnenberg (Freier), the family moved to a dairy farm north of Wing. After graduating from Wing High School in 1972, he began his college career at NDSU. He then saw the light and transferred to UND in Grand Forks where he graduated with a degree in Accounting. While in Grand Forks, he met his soul mate and best friend Kim Olson. Steve often said, “If Kim hadn’t asked me out, I’d still be single.” Steve and Kim were married December 30, 1977, just in time to change his tax status, upsetting his future father-in-law. In 1976, he began his professional career at the CPA firm of Orser, Olson and St. Peter in Bismarck. During 1980-1981 he tried his hand at farming and prayed for hail, thus ending his farming endeavor. In 1981, he became the Comptroller for Bismarck Public Schools where he remained until 1989. Feeling a nudge and following the leading of the Lord, he ventured out and began his own tax and auditing practice which he maintained until his ALS diagnosis forced him to retire.

Steve and Kim were blessed with the birth of two children, Erin and Jared.  Following their marriages, more blessings arrived with the births of four precious grandchildren: Jacob, Levi, Kiana, and Grayson.

Steve’s faith in Jesus Christ was of most importance to him. Not always verbally sharing his faith, it was evident in how he lived his life.  He accepted Jesus as his Lord and Savior in July, 1966.  He was deeply involved in church activities and served in various capacities at Bismarck Baptist Church including deacon, moderator, and chairman of numerous committees.

Giving him great joy was spending time with his grandchildren. Throughout his life he enjoyed playing softball, basketball, ping-pong, board and card games and was a member of “The Most Humble Team in the World. Bar None!”

His greatest desire was to see his children and grandchildren love Jesus. Unable to speak and with great effort, he finger-spelled his last comments to them, “If you love Jesus, you will see me again. I love you.”

Steve was preceded in death by his parents.

Steve and the family have requested that any memorial contributions be made to these life-changing organizations: the ALS Association MN/ND/SD Chapter, 1919 University Ave. W, Ste 175, St. Paul, MN 55104 or to the Biblical Israel Ministries and Tours, 2426 Rolling Farms Road, Glenshaw, PA 15116.

The family extends heartfelt thanks to countless family, friends, and wonderfully compassionate caregivers of Steve. We are blessed to have had you walk this journey with us.

To order memorial trees or send flowers to the family in memory of Steven L. Wonnenberg, please visit our flower store.