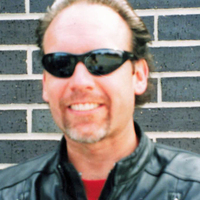 Visitation for family and friends will be held from 5 to 7 p.m. Thursday, Oct. 7 at Parkway Funeral Service, 2330 Tyler Pkwy, Bismarck.

He graduated from Century High School, Bismarck State College and Thomas Edison State College with a degree in Administration of Justice.

Terry began his career in law enforcement with the Minot Police Department and later joined the U.S. Marshal Service. He retired from the service in 2017 after serving for 31 years.

At a young age, Terry had a passion for motorcycles but always insisted there was only one motorcycle – a Harley. He loved to ride and took many trips on his bike.

To order memorial trees or send flowers to the family in memory of Terry Fred, please visit our flower store.