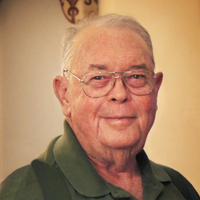 James Terry Sherman passed away on Saturday, May 8, 2021, in Denver. A graveside service will be held 2 p.m. Monday, May 17 at Fairview Cemetery, Bismarck.

Terry was born in 1926 in Austin, Texas, the son of Dempster and Anna Sherman. He was raised and educated in Austin and attended the University of Texas, where he earned his business degree.

Terry proudly served his country by enlisting in the United State Navy. He served during WWII and the Korean Conflict and also spent time in the reserves. In 1955 Terry went to work for Shell Oil as an oil scout. He worked throughout North Dakota, Montana and Colorado, until retiring.

In 1961, he married Dolores “Dee” Delzer and they moved to Billings, Mont., with her children. Montana sparked many passions for Dee and Terry.  They fished, camped, hunted and explored Montana with their children. The two of them were top competitors in archery and bow hunting. In 1973, they moved to Denver, where Terry took up golfing and he and Dee loved to spend time going out to dinner and BBQing. They also shared a love of music. Terry was trained in classical piano from a young age.  You would often find Terry playing the piano and Dee singing along.

Dee passed away in 2007. In 2016, Terry moved to Lincoln Meadows Senior living, where he built many friendships with other residents and staff members and became a part of a close knit community there.

He was preceded in death by his parents; wife, Dee; and son, Kimothy Sherman.

To order memorial trees or send flowers to the family in memory of Terry Sherman, please visit our flower store.