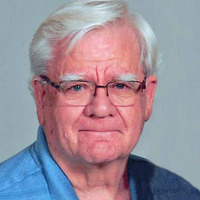 Thomas Asbridge, 74, ​was born into his new life on January 17, 2022, at the University of Minnesota Medical Center.  Mass of Christian burial will be held 10 a.m. Saturday, Feb. 5 at Church of the Ascension, 1825 S Third St., Bismarck. On Friday, a rosary vigil will start at 7 p.m. at the church, with visitation to follow. Both services will be livestreamed from the Eastgate Funeral Service website.

Tom will be laid to rest with his mother and father at the Asbridge Family Cemetery, south of Carson, at a later date.

In 2013, Tom was diagnosed with NASH, and gratefully received the gift of a liver transplant. After nine years of healthy living, his body went into acute organ rejection.  He fought to the end in hope of recovery. When the time came to let go, when there was no hope left, he was rescued by the Lord.

Thomas William Asbridge was born January 18, 1947. His parents, Tom and Loretta, raised Tom and Susie in Bismarck before moving to the family ranch south of Carson in the mid 1950’s. It is here that he developed his interest in raising cattle and a love for wildlife. A walk to the creek would sometimes mean a trail of dogs, cats and a raccoon. Autumn brought the traditional pheasant, grouse, and deer hunting for the dinner table. He became a tremendous marksman at a young age. His father and uncles taught him so much on the ranch. He was also blessed with a mom that was an amazing cook. His childhood included many fond memories of riding horse to Wheeler country school and later graduating from Carson High School in 1964. The countryside was a good life and a strong foundation that shaped his future.

He married Laura Maher of Morristown, South Dakota, on October 8, 1966. From this marriage they have six children, all raised on the ranch. Tom and Laura moved to Bismarck in 1992. Together they were inseparable life partners and celebrated their 55th anniversary last year.

Tom was a strong advocate for the farmers and ranchers of our country. He understood the importance of  their prosperity for our communities. He spent seven years in Washington, DC, working for the American Agriculture Movement, which helps farmers become directly involved with government policies that affect their livelihood. His support for market fairness and parity was largely learned by his mentor, the late Chuck Walters. He was also faithfully committed to the raw materials organization, NORM, with friend Randy Cook. Its emphasis is on returning to and improving intelligent practices in the use of our natural resources to create a stable economy. Tom helped many to become more aware of the problems in our country and the world, and what we can do about them.  He was an insatiable student of history, geography and economics. He was more than inquisitive about subjects that matter, and (at the drop of a hat) tirelessly discussed the good and bad of history and politics. He tried to change the world for the better, with a true passion for justice. Tom was also very grateful for his Friends of Bill.

To order memorial trees or send flowers to the family in memory of Thomas Asbridge, please visit our flower store.