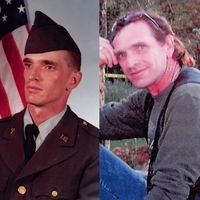 Timothy Kaiser, 61, Aberdeen, S.D., formerly of Bismarck, went to his heavenly home on Dec. 21, 2021, at Sanford Health, Aberdeen. A graveside service at the North Dakota Veterans Cemetery will be held Spring 2022.

Timothy was born Oct. 29, 1960, to Marjorie and Harold Kaiser in Bismarck. He was raised and educated in Bismarck. He served in the National Guard. Following his military service, he was employed at various jobs in Bismarck throughout his life.

His passions in life surrounded motorcycles, especially Harley Davidsons. Tim was a member of Our Place Motorcycle Club, which allowed him to travel to Sturgis as well as around the country. He enjoyed fishing and camping.

Tim was a gentle man and accomplished many things on his own throughout life. Tim – we are so proud of you and all you have done. You will be deeply missed and forever loved.

He was preceded in death by his parents; and brothers, Robert and Richard.

To order memorial trees or send flowers to the family in memory of Timothy Kaiser, please visit our flower store.