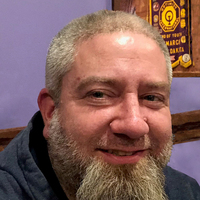 Todd was born March 27, 1979, in Aguna, Guam. He was raised in Forsyth, Montana and graduated from Forsyth High School in 1997. After trying his hand at several different jobs, he went to school to pursue auto body repair. He started his career at R&M Auto Body Repair and later moved to Burleigh Auto Repair, where he worked until his death. His greatest joys in life were his boys. His boys were his whole world.

To order memorial trees or send flowers to the family in memory of Todd Dilley, please visit our flower store.