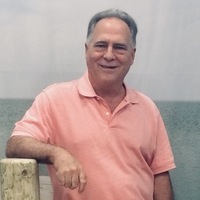 Thomas (Tom) Peter Gratopp, 69, Bismarck ND, passed away May 19, 2021. Funeral services will be held 11 a.m. Tuesday, May 25 at Eastgate Funeral Service, 2302 E Divide Ave., Bismarck. Visitation will be held one hour prior at the funeral home.

He was raised in Grosse Pointe, Michigan. He married his wife Patricia in 1977 and they raised their only child, Carly, in Michigan. Tom owned a printing business and was a board member of the American Youth Soccer Organization. He loved coaching his daughter in soccer and watching Michigan State Spartans football and basketball with her. He and his wife enjoyed many long weekends at their cabin in northern Michigan, kayaking the Au Sable river and enjoying time with family and friends. When his son-in-law and daughter chose to move to Bismarck, he and his wife moved too.

Tom enjoyed the time he spent in Bismarck by admiring the sunsets, watching the wildlife, and taking some well-deserved vacations. Spending time with his daughter and four grandchildren brought him great joy. He lived a very happy life and was deeply loved.

He was preceded in death by his parents, Willard and Dorothy Gratopp.

To order memorial trees or send flowers to the family in memory of Tom Gratopp, please visit our flower store.