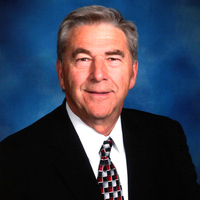 A service livestream will be available on the church's Facebook page at the time of the service: https://www.facebook.com/CorpusBismarck/

Valentine Wangler, Jr., born to Valentine Wangler, Sr. and Mary Wald in the home of his maternal grandparents in Linton on April 16, 1952, and passed away Sunday, Dec. 26, 2021, after succumbing to a recurrence of metastatic melanoma.  Valentine was one of eleven children raised on a traditional farm in Napoleon where he spent his early years caring for chickens, hogs, poultry, milking cows, and working in the fields.  Valentine attended grade school in a one-room schoolhouse and went on to graduate from Napoleon High School as well as earning a bachelor’s degree at University of Mary and a Master's in Social Work from the University of Iowa.  Upon earning his advanced degree in Social Work, Valentine was employed by various public agencies for eight years before devoting 32 years of his life as a Therapist at St. Alexius Medical Center in Bismarck.

Valentine was a devoted husband, loving father, and a wonderful Papa to his 5 grandchildren.  He is survived by his beloved wife of 47 years JoAnn (Miller) Wangler, their daughter Andrea Ornelas, her husband Daniel Ornelas, their children Kayla and Daniel. His daughter Mary Reich, her husband Jesse Reich, and daughter Allyson Wagner. As well as his son David Wangler, his wife Stephanie Wangler and their children Morgan and Samuel.  Valentine is survived by his siblings Anton Wangler, Markus Wangler (Luella), Frank Wangler (Florence), Alois Wangler (Erica), Ann Marie Wangler (Allyn), Julius Wangler (Patricia), Leo James Wangler (Diane), Steven Wangler (Sherry), as well as by his brothers-in-law, Marvin (Patricia), Larry (Patricia) Miller, and Norbert (Phyllis) Weninger, as well as many nieces, nephews, and cousins.  Valentine was preceded in death by his parents, siblings Elsie (Wangler) Weninger and Abott Brian Wangler, sister-in-law Lucy as well as by his mother and father-in-law Edith and Joseph Miller.  Valentine was a faithful Catholic who lived his faith not only in service to those he worked with, but through his love and selfless care of neighbors, friends, and family.  He passed on his profound faith through actions rather than just words.

Valentine’s primary hobby was Genealogy which he was interested in from a young age.  A trip to Germany after the passing of his father in 1992 led him to meeting cousins and his work discovering the origins and stories of his family began in earnest.  Though Valentine spoke German in his childhood home and was fluent, he taught himself to read and write in German.  He was a member of the Germans from Russia Heritage Society since 1993 for whom he translated thousands of letters.  He served on the Board of Directors of the Germans from Russia Heritage Society for 12 years and as President for 3 years.  Valentine compiled extensive Genealogy of his own ancestors and that of his wife, tracing their families back to the 1600s. Valentine loved travel especially visiting relatives and seeing homes of his ancestors in Germany and of his wife’s ancestors in both Germany and Norway.  Valentine also traveled for pleasure and enjoyed destinations such as Italy, Maui, Alaska, and Phoenix with his wife.

Valentine loved gardening and kept a large and prosperous garden from which he spent hours canning vegetables, applesauce, chokecherry jelly, and making homemade sauerkraut.  Despite all of his interests, Valentine was most interested in his marriage and his relationships with his children and grandchildren.  He purchased and worked endlessly on a home at Lake Isabel where he and his family enjoyed many happy summers.  He thrived in retirement and utilized it to deepen these relationships.  He and his wife also enjoyed riding motorcycles with friends in a local motorcycle club, boating on the Missouri River, and were active members in the local Corvette Club.  He adored his wife and his love for her was evident in all aspects of their everyday life.  He loved his family deeply and showed this freely through not just his words, but his actions.  He was equally ready to help with a complicated home or gardening project as he was to play for hours with a baby or cheer on his teenaged granddaughter at a dance competition. He had an ever-present twinkle in his eye, was quick to laugh and had a seemingly endless supply of stories, jokes, and songs.  He was truly a light in the world, and his faith, work ethic, love, and laughter live on in all of those whose lives he touched.

Visitation will be held from 6 to 7 p.m. Wednesday at Church of Corpus Christi, Bismarck, with a vigil/rosary service beginning at 7 p.m.

In lieu of flowers, the family would ask that you make a donation to the Germans From Russia Heritage Society.

To order memorial trees or send flowers to the family in memory of Valentine Wangler, Jr, please visit our flower store.