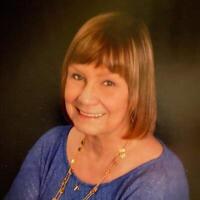 Cremation has taken place. Due to Covid, the family has decided to have a celebration of life for Viki at a later time.

Viki was born on Dec. 25, 1942 to Louie and Katherine Oveeta Leamon at Station Hospital in Camp Cooke, California. Her family made their home in Miami, Oklahoma, where Viki was raised and educated. She was once married to Robert Simmons, and they had two children, Robert Kyle  and Kelby Lee. In 1973, Viki and her sons moved to Minot. Her first job in Minot was with Ellison’s Department Store, where she held many positions, including clothing purchaser, marketing and even modeling.  She also worked for Community Action, Montana Dakota Utilities and several other charity organizations. Viki’s job with MDU took her to Garrison, where she met the love of her life, Michael.  Michael and Viki were married on April 29, 1984 in Garrison and Viki gained four step daughters, Michele, Melinda, Melissa and Melanie.

Viki was very active in community activities including theatre with Mouse River Players, Minot and the Sakakawea Area Council of the Arts, Garrison. She had a passion for education and was appointed to the Teachers Professional Practice Commission, by then Governor Sinner 1985-1989. She also served 4 years as a board member of the Garrison Ambulance and on the Garrison School Board for numerous years, including being president, where she had the opportunity to hand her youngest son, Kelby, his high school diploma.

Viki’s education included college in Miami, Okla., for one year and NDSU for another year. After her children graduated and she was in her 50’s, she returned to college to obtain her degree in Addiction Counseling. She started her two year internship in Jamestown at the North Dakota State Hospital where she always joked about having a captive audience. One year into her internship, the State of North Dakota took her on as an Addiction Counselor at West Central Human Services of Bismarck where she worked for 10 years until her retirement. In 1998, Viki and Mike built their retirement home in Bismarck,

She was preceded in death by her parents, Louie and Katherine Oveeta Leamon; son, Robert Kyle Simmons; father and mother-in-law, Frank and Vera Hilbert; sisters-in-law, Charlotte and Connie Hilbert and grandson, Jordan Goldade.

To order memorial trees or send flowers to the family in memory of Viki Lynn Hilbert, please visit our flower store.