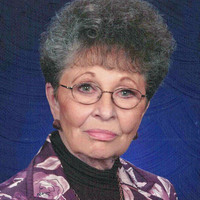 Virginia was born February 8, 1935 in Zap to Herbert and Martha (Boeckel) Buechler. She was raised and educated on the farm northwest of Zap.

On December 30, 1954, Virginia married Lester Schramm in Hazen. They moved to Bismarck where Lester worked for AT&T.

She was preceded in death by her parents, Hilbert and Martha Buechler; son, Tim; brother, Calvin (Caroline) Buechler; and brother, Larry Buechler.

To order memorial trees or send flowers to the family in memory of Virginia Schramm, please visit our flower store.