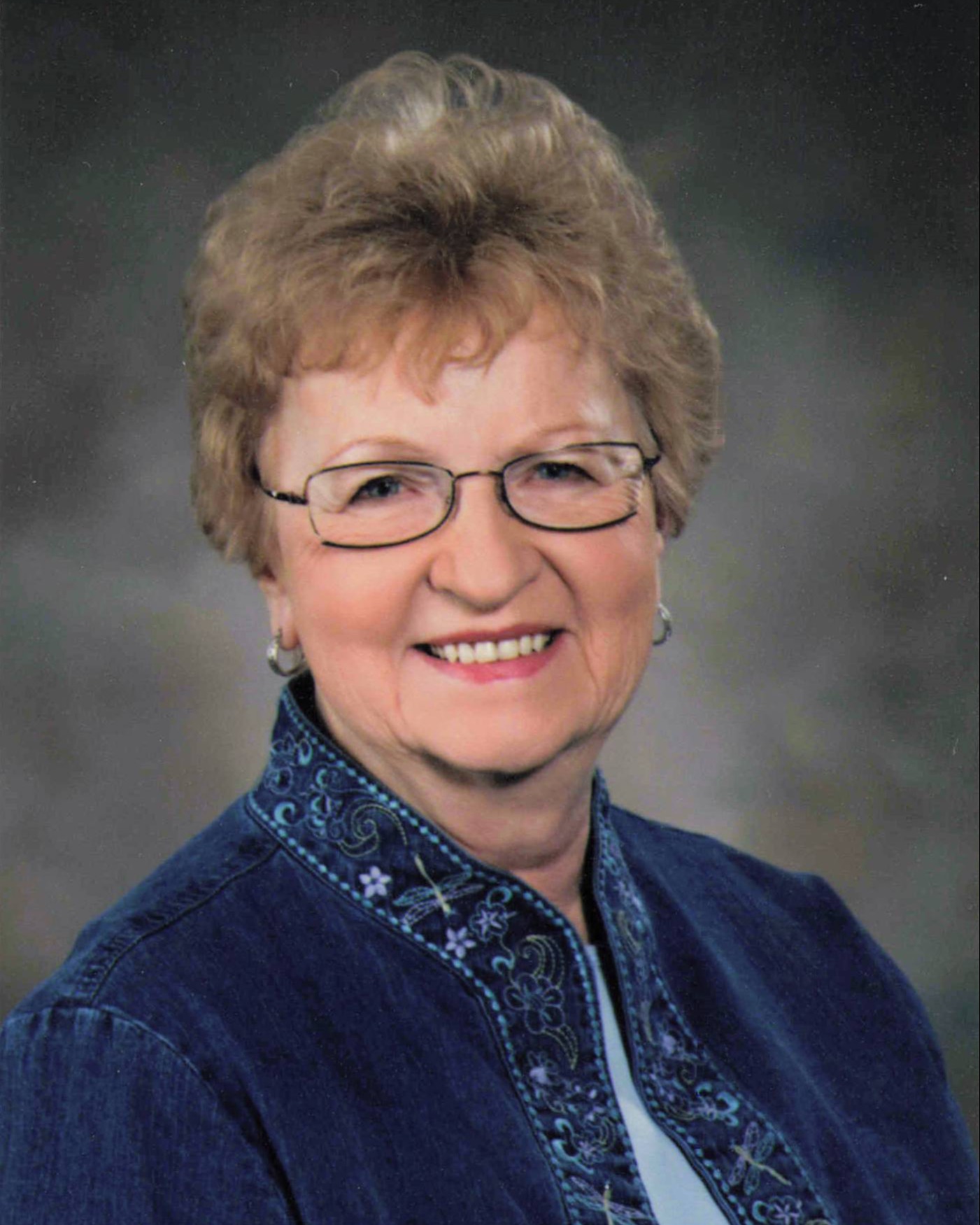 A funeral service will be held at 11 a.m. Friday, January 13 at Lutheran Church of the Cross, 1004 E. Highland Acres Rd, Bismarck,  with burial at the North Dakota Veterans Cemetery.

Virginia was born March 4, 1934 in Detroit Lakes, Minn. to Robert and Bernice (Bradke) Munsen. They lived in Detroit Lakes and Bemidji, Minn., where Virginia attended grade school and spent happy times with family at the lakes. The family moved with her father’s job to Jamestown, N.D. when she was in high school. Virginia’s father passed away when she was 17 and that impacted the rest of her life.

Virginia graduated from Jamestown High School, then went on to study nursing at Jamestown College. She received her Registered Nurse degree, through which she traveled to Chicago around 1954 and worked in two different hospitals as part of her nursing program training. She met her husband, Donald Smith, at Jamestown College and they married August 10, 1955 in Jamestown. They lived in Carrington, where she worked for public health, for two years, then moved to Bismarck.

Virginia worked in public health in Burleigh and Morton Counties as well as in labor and delivery in Bismarck Hospital (currently Sanford). She resigned her nursing career prior to the birth of their first child. She spent the next years of her life in the career that she loved, that of mom, wife and homemaker. Due to her nursing background, she accompanied the Century High School band on tour for three years. They also owned the Bookshelf Bookstore for five years. Don worked fulltime for the North Dakota National Guard.

Virginia was very active in her church, serving on the funeral committee, ladies groups, teaching Sunday school etc. She was part of the original group that organized The Banquet at Trinity Lutheran Church. She was most recently a member of Lutheran Church of the Cross. She also took part in Tuesday Topics study club, a book club, the P.E.O. Sisterhood, Elks Club and was past president of Kiwanis Club.

Virginia most recently lived at Touchmark on Century and St. Gabriel’s assisted living community. She was a cancer survivor.

Virginia’s family would like to express our appreciation to these special caregivers: Maddie, Lilly, Heather, LeeAnn, Kyle, Tina,  Crystal and Jen.

Memorials are preferred to the Bismarck-Mandan Symphony, P.E.O. Sisterhood, Dakota Zoo or a charity of the donor’s choice.

To order memorial trees or send flowers to the family in memory of Virginia K. Smith, please visit our flower store.