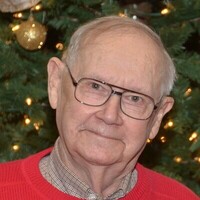 W. Bryce Hill, 87, passed away on  December 2, 2020 after battling COVID-19. A private family graveside service will be held at a later date at the North Dakota Veterans Cemetery in Mandan, ND.

Bryce was born March 2, 1933, in Alva, Okla., and earned a B.A. in sociology from Oklahoma  Northwestern State University in 1954. He joined the U.S. Army military police, where an officer inspired him to obtain a B.A. in criminology from University of California-Berkeley in 1960. He was a police officer in Tulsa, Okla., and also began teaching in 1964. Bryce taught at community colleges in  St. Louis, Mo., and Savannah, Ga., and worked for the N.D. Combined Law Enforcement Council  before coming to BSC in 1975 to be associate professor and chair of the Criminal Justice program,  retiring in 1995. Bryce was elected to the Bismarck City Commission in 1994 and served as Police  and Fire Commissioner. He chaired the N.D. Private Investigation and Security Board, state chapter  of American Society of Industrial Security, National League of Cities Public Safety and Crime  Prevention Committee, and local Committee for Consolidation of Police and Sheriff’s Department.  Bryce was president of the N.D. League of Cities board and active as officer and member in more  than a dozen other organizations. He was also an avid reader, football and baseball fan. He most loved watching the St. Louis Cardinals and often traveled to Florida to go to spring training.

In lieu of flowers, memorials can be sent to the North Dakota Veterans Cemetery Foundation by visiting their website and clicking the donate tab or donate to your favorite charity.

To order memorial trees or send flowers to the family in memory of W. Bryce Hill, please visit our flower store.