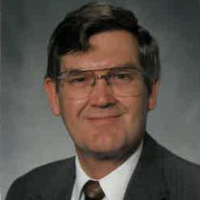 He was born in Eugene, Oregon, to Wallace Matthew and Alice Murphy on June 19, 1941.  Soon after, the family moved back to North Dakota and bought a farm near Fortuna, where Gene and his five siblings grew up.

He graduated from Fortuna, Minot State and received his master’s degree from the University of North Dakota.

Gene began his elementary teaching career in Bowbells, then served in the U.S. Army and eventually moved to Bismarck, where he taught fifth grade at Northridge Elementary for 36 years.  He made learning fun for the students, especially his game of Jeopardy, which he used to enhance his social studies curriculum.  His goal was to make sure all the students knew the “states and capitals,” and much more!  Often former students in Bismarck share with the family how much they enjoyed being in Mr. Murphy’s class.  Gene loved teaching and he had a heart for his students.  He also really enjoyed the faculty he taught with at Northridge.

Gene also served in the U.S. Army and the National Guard.

April 2, 1976 Gene married Jackie Miller Walz and became Dad to her three children, Lisa, Laurie and Mike.  They have always loved their Dad very much.  Later, Missy and Jim were born, and the five children grew up together and to this day have a very close relationship.

Gene loved to golf here in Bismarck and in Arizona.  He enjoyed getting “a hole in one” twice.  He also participated in league bowling for many years (highest score was 298).  He liked attending high school football and basketball games and watching the Minnesota Vikings on TV.  Gene enjoyed sports and the camaraderie meant a lot to him.

Gene and Jackie really loved their annual trip to Montana to go downhill skiing.  After retiring they began RVing and traveled to 25 national parks in western U.S. and many in Canada.  They enjoyed winters in Casa Grande, Arizona.

Gene is survived by his sister, Marilyn Lindsey (Terry); and his brothers, Mark (Diane), Brent (Joan) and Blaine.

He was preceded in death by his parents; sister, Bonnie Farstveet; and grandchild, Chad Corrao.

To order memorial trees or send flowers to the family in memory of W. Gene Murphy, please visit our flower store.