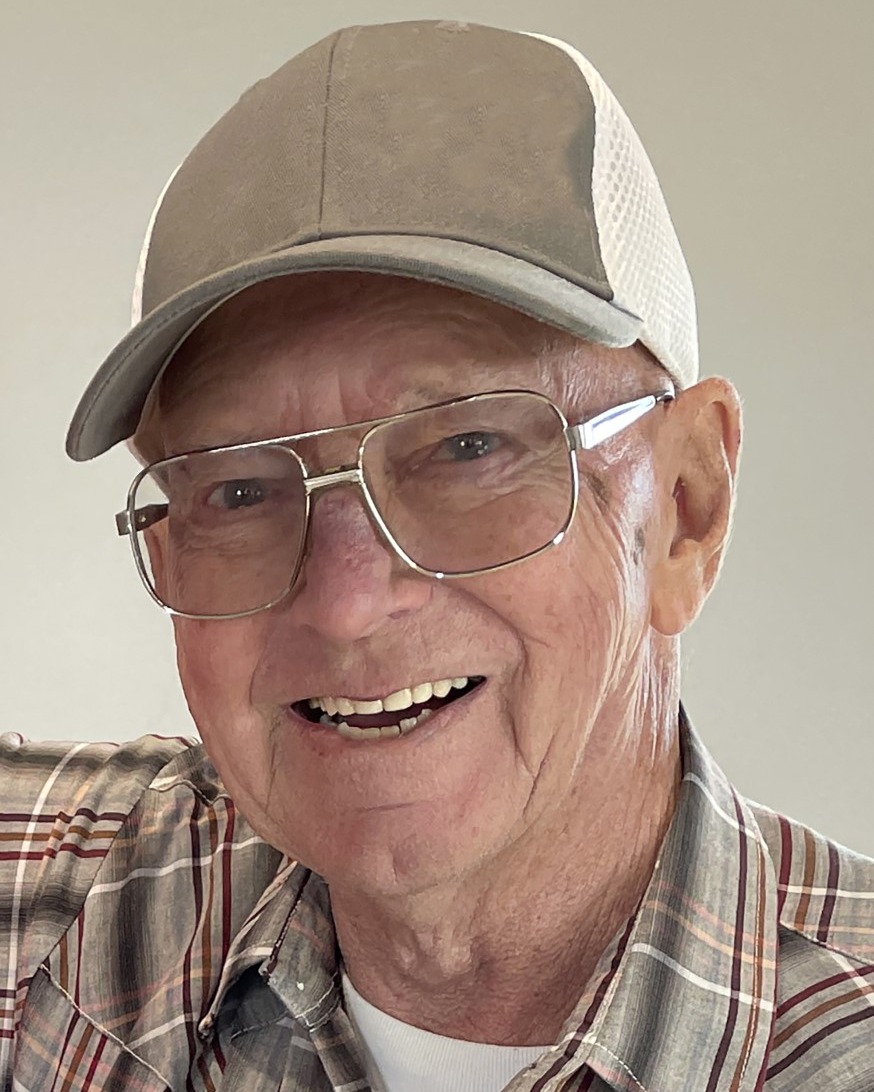 Barrie Campbell left this earthly world on Friday, December 23, 2022, after battling many illnesses and defeating lung cancer. He was a fighter and full-spirited until his last breath.

Visitation will start one hour prior to the service.

Burial will take place in Glenburn in Spring 2023.

Barrie was born on June 14, 1940 (Flag Day) in Mohall, ND, to parents Tom and Maggie Campbell. He was introduced to drumming at age four, by his mother, and the building trades at age six, by his father, who began building the family home in Mohall. Both activities stuck with him his entire life and shaped who he became.

Barrie attended Mohall High School and had perfect attendance. He was a great student, played basketball, excelled at spelling and math, and began playing drums seriously when his parents bought him his first complete set of tap drums as a ninth grader. This one event launched Barrie on a career of playing drums for the next 41 years. He played dance jobs for a number of groups, including the Pete Goetz Orchestra. This talent helped him pay for his college education and to support his family long after he was married.

Barrie married the one love of his life, Lucilla “Cookie” Campbell in 1960 and they quickly filled the house with four children – Joel, Lori, Kevin and Lynae – all born 11 to 12 months apart. While starting a family, Barrie attended Minot State University and achieved his Bachelor’s Degree, with a major in mathematics and minors in chemistry, physics and education. He taught school in DesLacs, ND, from 1962 to 1966, and served as High School Principal during that time. Several of his students kept in touch with him over the years and made it known that he had a huge impact on their lives.

In 1966, Barrie took a job with Souris River Telephone and quickly became their Supervisor of Electronic Data Processing. He worked there for the next 29 years before retiring in 1995 at the age of 55. He and Cookie lived in homes in Minot, Glenburn and Mohall over the years and spent their free time doing home improvements, raising kids, tending to 7 acres of land where they made their family home, and traveling the region playing horseshoes. Barrie was a world champion horseshoe pitcher and he and Cookie made so many friends everywhere they went.

Barrie and Cookie loved camping and traveling in their fifth wheel camper, and even lived in it after retirement in Yuma, AZ, before moving back to Mohall. They enjoyed spending time with their huge family – four kids and spouses, 13 grandchildren and 31 great-grandchildren. Regular family reunions and gatherings would revolve around Cookie and Barrie and include games, laughter, cheering on the Minnesota Vikings – or the Cardiac Kids (as Barrie called them) – and playing with all the grandkids.

Barrie and Cookie moved to Bismarck in 2017 after Barrie was diagnosed with lung cancer. He fought hard to get a “few more years” and spent much of his time doing the shopping and driving, as well as getting himself and Cookie to doctor’s appointments. He was fiercely independent and loved helping people. He will be missed by all.

Barrie was preceded in death by his parents, Thomas and Margaret Campbell; two infant brothers, Edward Michael and Donald George; his mother and father-in-law, Alex and Clara Bloms; one grandson, Todd Anton Jaeger; and numerous other relations.

To order memorial trees or send flowers to the family in memory of Walter "Barrie" Campbell, please visit our flower store.