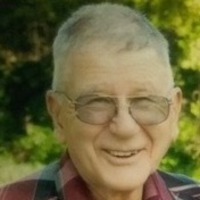 THE LORD GIVETH: THE LORD TAKETH AWAY

On February 3rd, 1937 The Lord giveth a son to Frank and Emma (Tupa) Cave in Tualatin, OR and they named him Walter Frank. On February 22, 2021, at the age of 84, the Lord took Walt's hand and led him to the promise land. Cremation has taken place. He did not die from Covid-19. Due to allergies, please no flowers.

In the spring of 1937, Walt and his folks moved to Regent, ND, where he grew up. Walt attended a country school through the 8th grade. He worked at various jobs until December of 1960, when he joined the Army. He served one year in Okinawa and was honorably discharged in November, 1962.

In 1965, he attended Hanson's Welding School in Fargo, and was then offered a welding job for Grandin Manufacturing Co. in Grandin.

In 1967, he married Phyllis Wax. Three children were born to this marriage.

From 1967 to 2017 Walt worked at various jobs, working for a cattle buyer, welder for construction companies, truck driver, with his last employment at a grocery store as a bagger. He worked at this location for eight years.

In 2006, Walt and Phyllis moved to Mandan, officially retiring in 2017 at the age of 80. He enjoyed his coffee friends and being a couch potato.

He was preceded in death by his parents, Frank and Emma Cave, brother, Leslie Cave and nephew, Kevin Cave along with father and mother-in-law, Marcus and Ruth Wax.

The family would like to thank all the relatives and friends for all the good times he had visiting with them throughout the years. May God bless you all.

To order memorial trees or send flowers to the family in memory of Walter Cave, please visit our flower store.