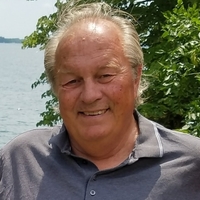 Memorial service will be held on Thursday, November 7, 2019 at 1:00 pm, at Good Shepherd Lutheran Church, 106 Osage Ave, Bismarck, ND 58501 with Pastor Julie Anderson officiating.  Visitation will be on Wednesday from 5:00-7:30 pm at Parkway Funeral Service, 2330 Tyler Parkway, Bismarck with a prayer service starting at 7:30.

Wayne was born on August 25, 1951, in Fargo, ND, the oldest “WWW” son of Warren and Betty (Albert)  Wilson.  He was raised and educated in Fargo and graduated from Fargo North High School.  Following graduation, he attended UND and played hockey for the Sioux. Wayne earned a bachelor’s degree in Elementary Education. Hockey was a big part of his life, playing in high school, college and also a few years of Double AA, before moving to Bismarck, where he started the Century High School Hockey program and was the first head coach.  He taught for over 30 years in the Bismarck Schools before retiring. Wayne was also a realtor and property manager in the Bismarck/Mandan area.

Anyone who knew Wayne knows the most important thing to him was his family.  Wayne loved music, dancing and giving advice.  A cabin on Big Cormorant Lake in Minnesota was one of his favorite places to spend time.

In lieu of flowers, the family prefers memorials to be sent to Mayo Clinic https://www.mayoclinic.org/giving-to-mayo-clinic/ways-to-give in memory of Wayne.

To order memorial trees or send flowers to the family in memory of Wayne Wilson, please visit our flower store.