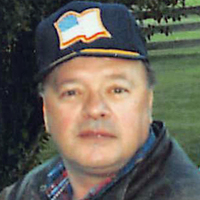 William K. “Bill” Backman, 74, Mandan, passed into the loving arms of his Savior on Wednesday, Jan. 19, 2022, at home following a long illness. Funeral services will be held 11 a.m. Tuesday, Jan. 25 at Parkway Funeral Service, 2330 Tyler Pkwy, Bismarck, with Chaplain Dave Fisher officiating. There will be no visitation. Cremation has taken place.

A private family burial will be held in Spring 2022 at Regan Cemetery, Regan.

Bill married the love of his life, Peggy Reile, on October 2, 1964, in Sioux City, Iowa. Bill and Peggy lived in Bismarck, Turtle Lake and Regan until the death of Bill’s dad at which time they moved to the family farm in Regan where Bill farmed for 12 years. Farming was the love of Bill’s work. You could say it ran in his blood. After farming he worked for the State of North Dakota and other various jobs with his final employment as a welder until his injury in 1991.

Family was very important to Bill. He dearly loved his children, grandchildren and great-grandchildren, as well as spending time with them and the rest of his family including nieces and nephews at Brush Lake pulling them behind the boat, camping and swimming and many boat rides. He also loved to ride his Harley Davidson motorcycle as much as possible with his wife on the back seat and friends and family riding along the highways with them. Bill and Peggy thoroughly enjoyed traveling and took many trips prior to his illness. In addition, he looked forward to going to car lots almost every week. This resulted in many cars, pick-ups and campers coming and going at the Backman residence throughout the years. His wife, Peggy, always said, “You should be a car salesman or own a car lot, then you could drive as many different vehicles as you want and not buy so many!”

He was preceded in death by his parents, Alden and Mildred Backman; stepdad, Lee Sundquist; and two Sundquist step-siblings.

Peggy and her family would like to give a heartfelt thanks to the Caring Edge Hospice Staff for all the love, care and support they provided during these last three months.

To order memorial trees or send flowers to the family in memory of William "Bill" Backman, please visit our flower store.