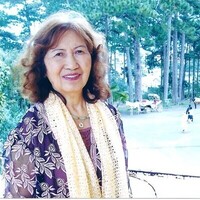 Yen was born April 20, 1937, in southern Vietnam.  She grew up in the seaside city of Nha Trang before migrating to the United States in 1975. Yen and her family settled in Bismarck for several years until she moved to New Jersey in 1990, where she spent the remainder of her life.  Everyone who knew Yen will remember her for her generosity, her resilience and her cooking.  Her greatest joy in life was taking care of others, especially her five children.

A private family graveside service will be held at Fairview Cemetery, Bismarck.

To order memorial trees or send flowers to the family in memory of Yen Thi Tran, please visit our flower store.