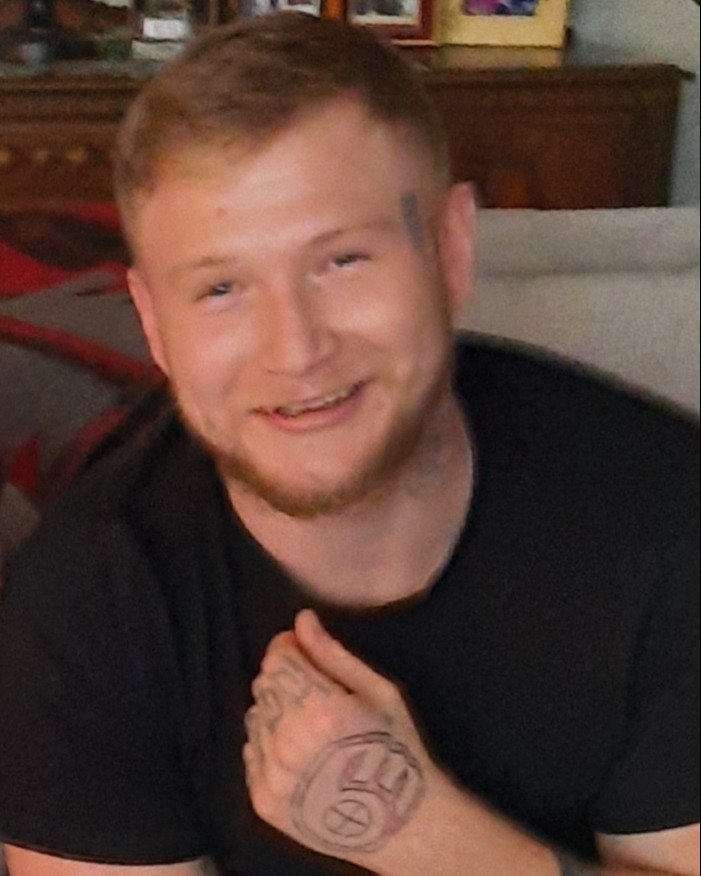 Burial will be held Tuesday, April 11, 2023, at the Fort Yates Catholic Cemetery.

Zane was a golden-haired gift to all who knew him. As a child he attended school in Mandan and Bismarck, graduating from Bismarck Public Schools. He entered his working world with jobs including landscaping, house painting, textoning and carpentry. His skills grew learning car repair and most recently working in the Bakken oil field with his brother, Chase, who said he surpassed him with his quick adaptation to that difficult job. Just weeks ago Chase and Zane returned to Bismarck to be closer to their mother and sons. They had just began working for Associated Pool Builders, again together.

Zane's talents extended into both artistic and physical interests; a skilled cartoonist, artist, and tattoo artist. As a child he would ask his grandpa Fred to draw power rangers… but he never met his expectations. Art and design were all in his mind and his work was amazing. Zane also loved boating, snow skiing, longboarding, hockey (go Red Wings), watching sports and participating. He loved ice skating, teaching youngsters to skate, and frolfing as a past time.

We are experiencing such sadness, to us who knew and loved him he is remembered as sometimes pensive and quiet, sometimes silly, and always a fierce defender and guardian to those he loved. He was loving and generous to his mother, Chase and Ethan, and his friends. He was a tease to his grandmother Pam. He assigned her the name “Graham Cracker” and always greeted her with letters and hugs with that moniker. He wrote beautiful letters from his heart, always with artwork. He wrote of his desire to be good and asked for forgiveness of family and God. His hugs were long and strong. He often recalled the special trips to the ranch with grandpa Fred, “Really, just us guys right?” His friends loved and sought him, and his dog, Kony, adored him.

Zane’s ashes will be inurned in Ft. Yates on April 11, 2023. He was recently given his native name Canté Wasté Yuha Mani, by his grandfather, Everette Iron Eyes. It means “Walks With A Good Heart.”

We thank you all for attending, praying and lifting us up at this time. Memorials to Zane will be given in support and for education for his son, Keegan.

Son and friend walk with God, you are forever cherished. -The family of Zane Alexander Gilbertson.

To order memorial trees or send flowers to the family in memory of Zane Gilbertson Iron Eyes, please visit our flower store.

Family will begin greeting guests an hour prior to the service.